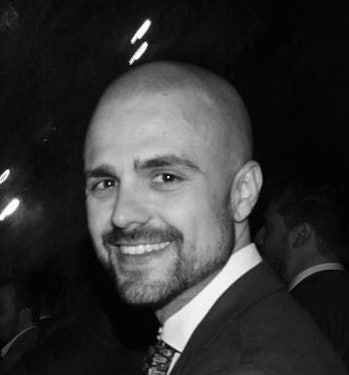 I have opinions and make people read them. 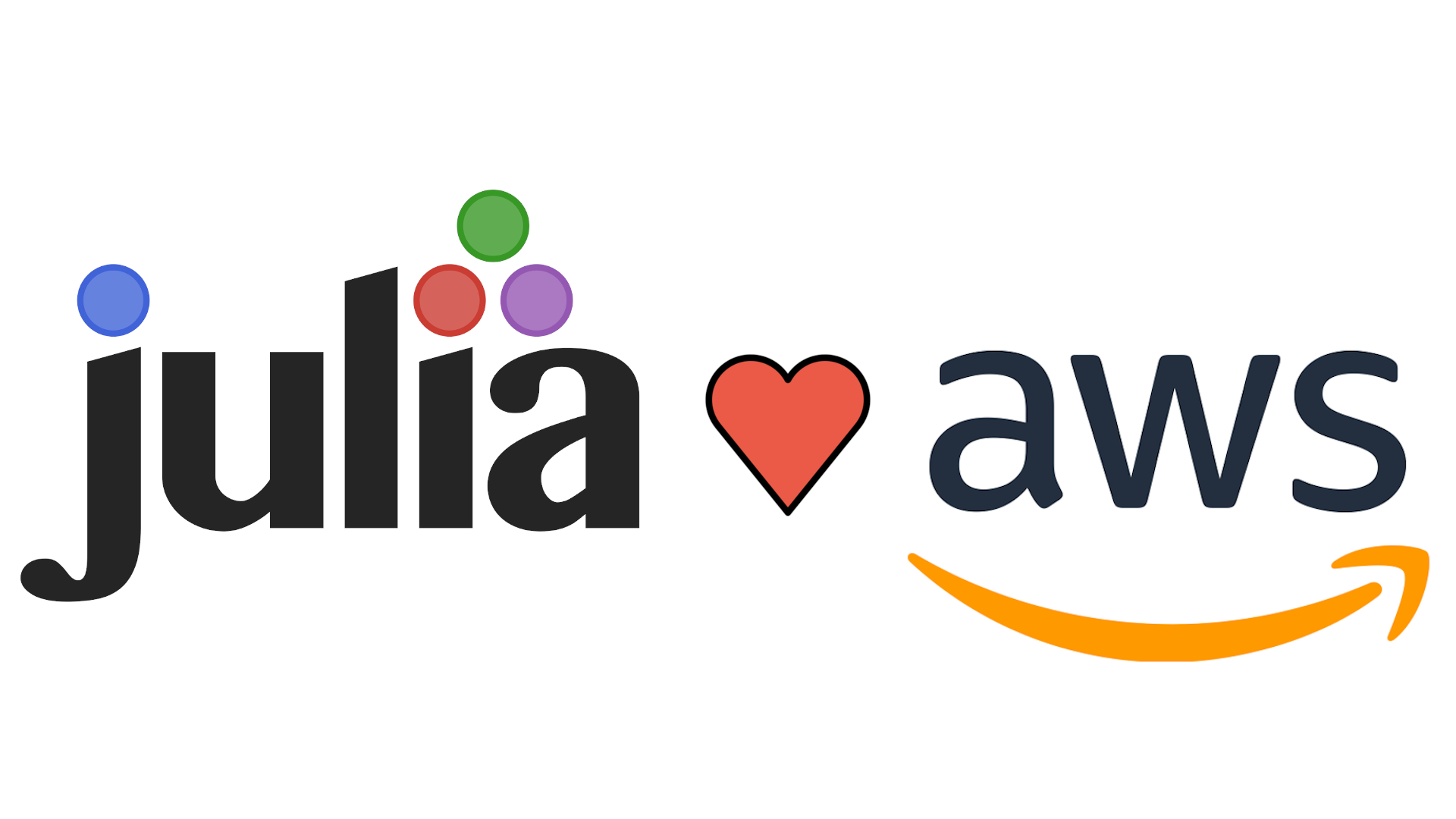 Julia is a fairly modern scientific programming language that is free, high-level, fast, and bundles a bunch of awesome features that makes Julia working with data great again. The language borrows inspiration from languages such as Python, MATLAB and R[1]. If you haven’t yet read my article on “10 Reasons Why You Should Learn Julia”, check it out! Amazon Athena is an interactive query service which allows you to easily analyze your data collecting dust in Amazon S3 storage using your good old friend SQL. Athena is great because it’s serverless, meaning there is no infrastructure to manage, and you pay only for the queries that you run.

Sounds awesome right? Julia is great for working with data, Athena is great for querying data, how can we use both together? Rather than manually export CSV files and use CSV.jl to load CSV files in Julia, I’ll be showing you how to query the data using Athena directly from Julia, loading the resulting set of data into a DataFrame using DataFrames.jl for you to work with.

New to Julia? Go ahead and grab the official binaries for your particular Operating System (OS) from the Julia site here. If you’re not interested in a detailed write-up but just want to see the intact code solution, check out this GitHub gist.

Open Database Connectivity (ODBC) is a standard Application Programming Interface (API) for accessing Database Management Systems (DBMS). Because of its open standard nature, many databases support it, and many tools use it to connect to such databases. This means that the method of connecting with Amazon Athena shown in this post can actually be used for other databases too with just a few configuration changes that need to be made.

AWS offers an ODBC driver for Athena which you may use to access your data. Make sure to install the corresponding ODBC driver for your OS from the official user guide. You may also optionally read the documentation for the ODBC driver should you run into any issues and/or need some extra configurations not covered in this post.

We can use configuration files, or config for short, to configure the parameters and initial settings for our Julia applications. These parameters could range from Machine Learning model parameters to database credentials such as the ones in our example. Config files are widely used across many programming languages and provide a neat way of changing application settings without the need to change any code.

For this example we’ll be using Configs.jl[2] to load our config file which also supports cascading overrides based on the config location, ENV variable mapping, and function calls.

A DataFrame represents a table of data with rows and columns, just as spreadsheets do. The Julia package DataFrames.jl provides an API we can use for working with tabular data in Julia. Similar to Pandas in Python, its design and functionality are quite similar, however thanks to Julia’s high degree of modularity, DataFrames in Julia are tightly integrated with a vast range of different packages such as Plots.jl, MLJ.jl, and many more!

Enough chit-chat. Let’s start off by creating a new directory to house our code and name it Athena.jl. We’ll also add a directly to store our database config file called configs, another one to store our Julia code called src, and one more to store our SQL script called sql in our newly created src directory. Finally, we’ll create three files, one called Athena.jl which will be our Julia script, another called query.sql for our SQL query, and the last called default.yml for our database configurations and secrets.

Go ahead and open the Athena.jl directory in your favourite IDE, mine is Visual Studio Code[3] which is what I used. Open the configs/default.yml file so that we can add our configurations. You’ll need to add your s3 location, uid, and pwd. If your AWS Cloud infrastructure is set up in a different region, you might also need to change the region value. Based on the OS, you might also need to change the path to the database driver. If you’re running macOS such as myself, you might not need to change anything, just make sure the file exists in that directory.

Add the SQL query you’d like to run in the query.sql file in src/sql and open the src/Athena.jl Julia script to run the following in your REPL[4].

The first thing you might ask if you’re new to Julia is “what’s the difference between import and using?” Well import works the same as in Python, import MyModule would bring into scope[5] functions which will remain accessible using MyModule, such as MyModule.x and MyModule.y, kind of like using import numpy in Python and then running numpy.array([]). However, using in Julia is equivalent to running from numpy import * in Python, which would bring all of Numpy’s functions into scope, allowing you to run array([]) in Python. Should you wish to only import specific functions into scope in Julia, all you need to do is import MyModule: x, y which would now make functions x and y accessible in scope.

Next will use the Pkg.add function to add a list of Julia packages we’d like to install, and use the using command to import them into scope. Now that we’ve set up our Julia environment with the dependencies we will need to run this example, we can begin loading configurations from our config file using Configs.jl’s getconfig function. This function returns a NamedTuple which is a Julia type that has two parameters: a tuple of symbols giving the field names, and a tuple type giving the field types. This means that we can use the field names from the config file itself to access them directly using the . parameter. In the last step we’ll read the contents of the SQL script into Julia and parse them as a string for us to use later.

Before we begin querying Athena, ODBC.jl requires that we add the Athena driver we installed earlier by passing it the name and path to the driver. We also need to build the connection string which we will use to connect to Athena. Julia has native support for string interpolation allowing us to construct strings using any variable(s) which we may need without the need for concatenation[7]. The connection string is specific to the database you’re using, so if you won’t be connecting to Athena you’ll have to look up the documentation for the driver you’re using to construct the connection string required.

Okay, I promise the fun part is coming. Now that we’ve finished setting up the boring configurations, we can go ahead and establish a connection and query Athena!

Easy right? Julia was also able to parse the types of the columns in our DataFrame without any headaches. You can now run free plotting using Plots.jl, train Machine Learning models using MLJ.jl, and storing the transformed data back in Athena.

Could you have done all of this in Python? Absolutely, in fact there are many posts like these which you can find on how to do that. However, I think Julia is an interesting language, is worth learning, and can provide many benefits over Python.

It is not, however, all doom and gloom. I do think that Julia, as a language, is easier to read than Python since most packages Julia are written in pure Julia. As popular as Python may be, it doesn’t always mean it’s the best tool for everyone or every job. Tooling and community support will, eventually, catch up as Julia’s popularity continues to rise and its user base continues to grow. Ultimately, what language best fits your needs is up to you.

If you do however find yourself in the situation wanting to use a Python package not available in Julia, PyCall.jl is a great package which provides you with the ability to directly call and fully interoperate[10] with Python from the Julia language. It’s as simple as: